The Covid-19 crisis is having a significant effect on the economy and businesses globally. With the World Health Organisation declaring a pandemic, President Trump is implementing a 30-day travel ban on Europe into the USA. The effect on global companies is significant due to worldwide closures of offices and employees being required to work from home for their safety. The impact on business operations is being felt, and with that immediate impact, we must look at cybersecurity and vulnerabilities that is presenting for each organization.

One of the most important challenges for organizations is keeping your workforce safe and productive. The easiest solution for most employers is to allow staff to work from home but by doing so, businesses are now increasing their exposure for potential cyber-attacks on their networks.

A Remote Desktop Protocol (RDP) is a common tool used to allow remote access to a network and is often used by organizations to allow staff to work remotely. However, the majority of ransomware attacks occur through the exploitation of the use of RDP. Attackers typically gain access to a network by either brute-forcing credentials or sending a fake email (phishing) to get an unsuspecting individual to willingly enter them on an attacker-controlled website. There are even previously compromised credentials for sale on the dark web which can be simply purchased for a few dollars. 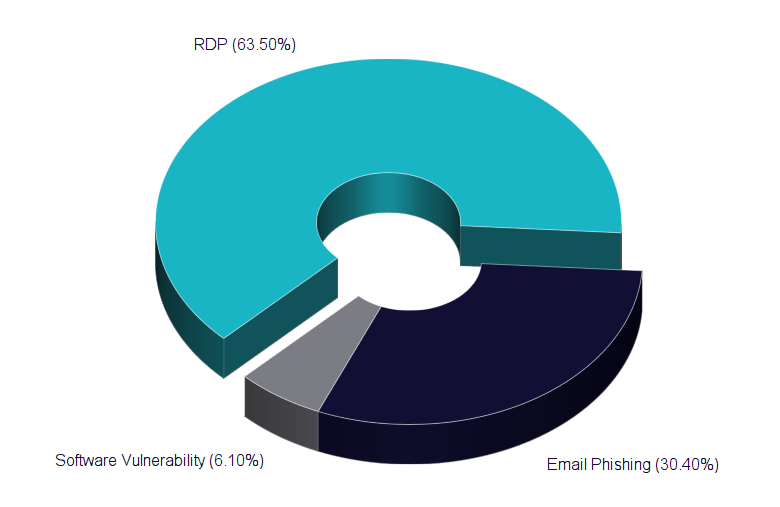 So how can you minimize the threat of a network compromise when using RDP?

Here are some tips on facilitating your employees’ remote access to work from home in a secure manner.

The Level 1 profile is considered a base recommendation that can be implemented relatively promptly and is designed not to be very cumbersome to an IT Team. The Level 1 profile benchmark intends to lower the attack surface of your organization while keeping the machine functional and not hindering business continuity.

The Level 2 profile is considered to be “defense in depth” and is intended for environments where security is paramount, and a breach of infrastructure cannot be permitted. The recommendations associated with the Level 2 profile are more involved for your IT team to implement and manage – still, in our opinion, the increase in resiliency is very much worth it.

Limiting the number of IP addresses and locations that can connect to your RDP server is a critical tool in the defender’s arsenal. Restrict access to the server by requiring a VPN to connect. If that’s not feasible or possible, whitelist the IP addresses where your users will work from home instead. If you have too many users to do this for, you may instead look at geolocation blocking by only allowing traffic from the countries and regions your users reside.

Make sure your server and IT team are set up to log and regularly audit security and system events for abnormal activity, protected with a trusted antivirus with tamper protection. This way, when an attacker gets access to the server, they will have difficulty executing malicious code and tools they need to stage their attack successfully.

Use a recent version such as Windows Server 2016 or 2019 for your RDP server as it supports the latest security controls and mechanisms that aren’t present on older versions. Keeping your servers up-to-date with the latest software and security updates should be a key component of your security strategy.

Make sure only the users that require remote access can log into the server. Deny access to the Remote Desktop Server for all other users, including user accounts, service accounts, and other administrator accounts that do not require access through Remote Desktop. Additionally, users often only require access to a minimal number of files, folders, and resources out of all files that are present on a file server. Configure the roles and permissions on the server in such a way that every user can access nothing more than what they require to do their work.

Make sure to enforce a strong password policy of at least 12 characters within your domain environment to reduce the chance of credential re-use and successful brute force attacks. Additionally, adjust the lockout policy to a maximum of 5 lockouts, and increase the lockout time after five attempts to at least 1 hour. Legitimate users that do lock themselves out should be manually validated and unlocked by the IT team. You may also choose to limit the logon hours for users to accepted business hours.

The question is not if, but when an attacker will get their hands on valid credentials. Implementing and requiring Multi-Factor Authentication to log in to the RDP server will significantly increase the complexity of a compromise, and therefore add a noticeable layer of security to your infrastructure.

Place your remote desktop server in a separate area of the network with minimal access to the remainder of the internal resources. This will make it more difficult for an attacker to stage an attack against the internal network in the event that the Remote Desktop Server is compromised.

Make sure your server is set up to generate a rich set of logging data, and that your IT team regularly audits and reviews the logs for abnormal activity. Reviewing audit logs will give a security team real-time information about the state of the server, and often successful breaches could be prevented if the IT team looked at the Indicators of Attack for days that were visible in the audit logs.

Leverage industry-standard hardening templates and controls by accredited security institutions such as the Centre for Internet Security (CIS).

Ideally, only corporate-controlled machines should be able to authenticate to the corporate network. Unfortunately, it is not always possible to issue corporate laptops to each member of the organization, and the organization may choose to allow users to use their personal devices. When working with unmanaged hosts and personal devices, many uncertainties and risks are introduced into the environment. As these are assets not managed by corporate IT, it is difficult to identify and control the state these machines are in.  An Unmanaged Host Policy covering minimum requirements for personal devices can assist mitigate this risk.


Contact us if any questions or concerns [email protected]

In continuing to get to know our CyberClan employees of color during Black History Month, this week we discuss race, cybersecurity, career paths, etc. with three members of our team.

This week we have a slightly different episode where we speak with Katrina Watts, a Client Success Manager with CyberClan and Dion Symonette, our head of Client Success about the

ICYMI, today in social media we polled our audience on what common cyber attacks they are most concerned about.  While most of our followers are familiar with these terms, we

This website uses cookies to improve your experience while you navigate through the website. Out of these, the cookies that are categorized as necessary are stored on your browser as they are essential for the working of basic functionalities of the website. We also use third-party cookies that help us analyze and understand how you use this website. These cookies will be stored in your browser only with your consent. You also have the option to opt-out of these cookies. But opting out of some of these cookies may affect your browsing experience.
Necessary Always Enabled

Any cookies that may not be particularly necessary for the website to function and is used specifically to collect user personal data via analytics, ads, other embedded contents are termed as non-necessary cookies. It is mandatory to procure user consent prior to running these cookies on your website.

Please call our emergency hotline below or fill out the form with your name, email, and phone number.